Since 1975 he has worked as Advisor and Political Leader in different Organizations of the Public Administration, focusing on Administrative Law and Foreign Trade. He practiced law from 1995 to 2015, specialized in Business Law and Foreign Trade.  He was Technical Advisor of the National Administration of Foreign Trade (1974-1976); Technical Advisor of the Ministry of Economics and Finance (1977-1989); Deputy Secretary of the Ministry of Agriculture and Fishery (1990-1991); Advisor to the MERCOSUR Sectorial Commission (1992-1996); President of the Technical Commission of the Maritime Front (1994-1996); Executive Director of FONPLATA (1994-1996), Advisor to the Board of Directors of ANTEL (1994-1997); elected Senator, substitute member of Congress 1990-1994; Member of the Commission of International Affairs of the Chamber of Senators; Representative and Advisor of the Uruguayan delegations for multiple commercial negotiations: Protocol of Commercial Expansion (Brazil); Uruguayan-Argentine Agreement on Economic Cooperation; GATT- Uruguay Round; Cairns Group; MERCOSUR; World Trade Organization.

He is member of the Uruguayan Bar Association; National Institute of Tax Studies and he is a former advisor to the Uruguayan-US Cultural Alliance (1987-1996).

Author of several publications on legal and historical issues. He is a consultant professor on legal issues related to his specialty areas.

Current members of the Firm

In 2012, he pursued a Management Program for Lawyers in the University of Yale, Connecticut, United States of America.

He studied at the Faculty of Law of the Universidad Católica del Uruguay "Dámaso Antonio Larrañaga" (UCUDAL), having obtained the title of Doctor of Law in 1997.

As an aspiring professor, he was a member of the Chair of Law of Obligations and Contracts at the same Faculty between 1998 and 2002. At the same time, he specialized in Human Rights and participated on behalf of the UCUDAL in the II International Human Rights Contest at the American University in the city of Washington DC (1997).

He collaborates in the edition of a specialized text in Civil Law, the “Penal Clause and other compulsive means of compliance” authored by Prof. Dr. Gustavo Ordoqui.

He has developed an important practice in the area of ​​Business Law, forming part of directories of companies and commercial companies in our country and assisting national and international companies in matters of Commercial and Labor Law.

Doctor in Law and Social Sciences graduated from the University of the Republic.

He is an analyst in Human Resources and has extensive experience advising companies on Labor Law matters.

Notary Public graduated from the Universidad de la Empresa in 2009.

He is a member of the Uruguayan Notaries Association.

Public Accountant graduated from the University of Economic Sciences and Administration (UDELAR) in 2017.

She has more than twenty-five years of experience in international business and assistance to foreign clients, natural and legal persons, who move and move to Uruguay for professional, investment, agribusiness, retirement, retirement, family reunification and personal reasons. 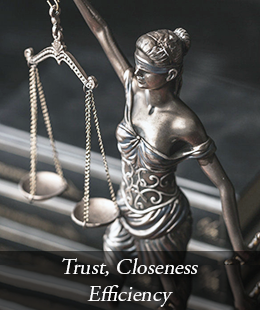